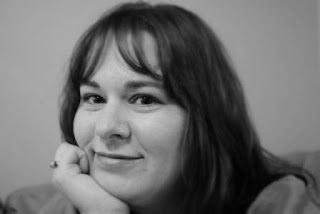 Rachel Reynolds is originally from Daytona Beach, Florida where her mother, Gayellen, and stepfather, John, currently live.  She grew up listening to the roar emanating from Daytona International Speedway and working at her godmother’s hotel on the beach.
An exceptional student, Rachel participated in the International Baccalaureate program at Spruce Creek HighSchool in Port Orange and graduated second in her class.  She entered the University of Miami in Coral Gables as a Music Therapy Major and graduated with her Bachelor’s Degree in 1997.
While at “The U,” Rachel met a long-haired, wild dressing, authority bucking jazz vocal graduate student named Roger who eventually, somehow, talked her into marrying him and running away to Richmond, Virginia.  It just so happens that she conveniently had an internship waiting for her at the Virginia Treatment Center For Children so it worked out ok.
After two years in Richmond, they picked up stakes and moved to Boone, NC where Rachel started graduate studies in Speech Language Pathology at Appalachian State University.  After earning her Master’s, Virginia called again and they moved back; first to Fredericksburg and then finally to Ashland where they bought their first home and where they still reside.
Rachel began working at Commonwealth Autism Services in 2004, left in 2007 to run a small business, and returned to CAS in 2011.  She specializes in ABA Therapy and recently began her run as principal of The Dominion School For Autism.
Right in the middle of all that (2004 to be precise), Rachel found out she was pregnant and on July 9, 2005, gave birth to Charlotte Jennie Reynolds who became the center of Rachel’s life.  Charlotte was a beautiful, sweet (mostly), curly-haired little girl who learned quickly that “being adorable gets you stuff.” She had an amazing little voice that melted hearts and made everyone fall in love with her.  She was, indeed, very special.

In 2009, an ultimate burden was placed upon Rachel and Roger when CJ was diagnosed with a primitive neuroectodermal tumor (PNET) in her brain.  Rachel was pushed to the limit of what a parent should endure and was pushed past it when Charlotte lost her battle on January 7, 2005.
Despite the nightmare, Rachel has been able to continue her life, co-founding CJ’s Thumbs Up Foundation with Roger, acting as executive director.  And through the pain, she has retained her ability to laugh even so far as joining an improve comedy troupe in her tiny amount of spare time.  Because she knows, first hand, the healing power of laughter.

And so, through the sadness and tears, she can also smile as she answers “4-1/2 Questions.”

Four And A Half Questions:

3)      Q: What is one of your favorite things about Charlotte?
A: Her laugh and her voice (which is technically 2 things but we’ll let it slide).

½)   Q: Wouldn’t it be cool if…
A: a celebrity played for CJSTUF on Jeopardy?

For more information on her journey through the world of pediatric cancer, check out her book: Four Seasons For Charlotte on Palari Books or follow her personal blog, I See What You Meme.
at Thursday, June 28, 2012 No comments:

At the risk of slighting those of you in the “over 21” age range, I am rarely inspired by grownups anymore.  Not that grownups don’t do amazing deeds all the time, it’s just that on average, those deeds pale in comparison to what “our kids” achieve daily.
This weekend, I was inspired by a grown up.  His name is Len Forkas and he (along with many others) got on a bicycle in Oceanside, California and pedaled nearly 3,000 miles across the United States, all the way to Annapolis, Maryland in what was called the Race AcrossAmerica.  Not only that, he won his division (50-59 years old) and placed 10th overall, edging out riders much younger than himself.

Len had a bucket load of inspiration as he was using the event to fundraise for Hopecam.org, the non-profit organization he founded that connects homebound children undergoing treatment for cancer, and other life threatening illnesses, with their friends, families, and schools using laptops, high speed internet, and web cameras.

Charlotte received a Hopecam notebook computer while she was undergoing treatment and we used it for Skyping, emailing, writing Caringbridge updates, and most importantly, for the Reading Vigil. We played recordings of friends/family reading books to CJ and people Skyped in from all over including our friend, Dr. Karen Massar who, while sitting in The Netherlands, read to Charlotte in Dutch.  It’s still one of the most beautiful things I’ve ever heard.

One of the methods employed for keeping the purpose of the ride front and center (not to mention keeping Len pumped and focused), was to dedicate each day of his ride to one of the many children who have benefited from Hopecam’s endeavors.  On that day, Len would be read descriptions of the child as he rode. Charlotte got day 8 and a video dedication.

They also invited Rachel and me to Annapolis to be among the cheering crowd as Len crossed the finish line.  The wonderful people at Hopecam, including interim Executive Director Jennifer Bond, took very good care of us, paying for the room at The Doubletree Hotel and breakfast Sunday morning. When it became clear that Len was going to get in much later on Sunday then they had anticipated, they offered to pay for another night at the hotel so that we could stay and still see Len cross the “FINISH” line Sunday evening.

We didn’t mind since Annapolis is a beautiful town and was calling out to be explored by us. We figured we could leave early Monday morning in order to get Rachel to work in time.

So after a full day of walking, we settled at the courtyard into which the cyclists would be riding and waited.  There was a rather long time in between finishers which gave us time to network with people in the Hopecam crowd and with other riders’ crews.  One Canadian rider, nicknamed “The Hammer,” actually got hit by a car in Arizona yet was relatively uninjured and finished the race in ninth place overall.  One member of his crew had the torn up jersey he had been wearing at the time of the crash and waved it as he crossed the line.  There are many other stories and not nearly enough space.

We finally got word that Len was on his way and the large Hopecam crowd excitedly gathered around the finish line.  When he came around the corner in the dark with his various lights shining and blinking like a big rig on the highway, the crowd went nuts, us included.  When he got off that bike and immediately bent down to greet all the children who were assembled up front (and there were a LOT of them), it showed, even in his exhausted state, where his priorities lay.

Soon, the emcee brought Len on stage to receive his medal, given to him by two time survivor and Hopecam beneficiary, Shannon Eastman.  Len wasted no time making sure everyone knew who the star of this event was.  “I just finished the toughest bike race in the world but it’s peanuts compared to what Shannon has had to do.” With Shannon standing close on the stage, he said, “I could stop at any time, Shannon couldn’t.  She had to finish.”

Throughout the evening, I found myself wondering over and over again, “How can I do something like this?”  It wouldn’t be easy.  Just thinking about the amount of time and effort it took to train Len, assemble the crew, plan who was going to do what and where, not to mention feeding everyone, is enough to make a lot of people quit before they even begin trying.

But you know us; especially when we’re inspired.

Can’t do much else can we?  As Bruce Barton said, “When you are through changing, you are through.”  We’re hardwired to keep moving forward; to continually try to make our situation better even though sometimes all we do is repeat the mistakes of the past.  But move forward we must and that is what we’re doing here at CJ’s Thumbs Up Foundation (hopefully not with the whole repeating-past-mistakes thing).
Thanks to our generous Network (that’s YOU, generous reader) we’ve had a very good first half of the year.  Revenue is exceeding expectations due to increased donations, more successful fundraising events, and the release of Rachel’s book, Four Seasons ForCharlotte: A Parent’s Year With Pediatric Cancer.  It seems that so far, we have been doing things the correct way and our mission is being well-supported.
With all that in mind, it’s time to take some more baby steps forward.  This year, we will award a total of at least 25 financial assistance grants.  This almost doubles our impact from 2011 (so maybe “baby steps” is too conservative a term).  We also have plans to expand our Board of Directors and have welcomed some extremely capable members to the current board.  Our fundraising initiatives like the Butterfly Socials, the Thumbs Up Ball, and the Fall Art Auction continue to evolve into our primary annual events and we continue to seek ways to improve upon the last event’s success.
We are also modifying our online presence a bit.  In the near future, you will see more regular (weekly) blog posts covering various aspects of CJSTUF.org.  We are currently gathering stories and profiles of our Board of Directors, staff, local medical professionals, events, partnering non-profits, and most importantly, the reason we exist - our families.  We will spotlight these courageous families in an attempt to inspire the reader to do more, to dig deeper, or simply to help the healing process by making the families aware that they are not alone in their struggle. You will soon be seeing small updates (in both look and function) to the website and social media outlets to include software upgrades, calendars, new widgets, and more efficient ways to keep up, and become involved, with CJSTUF.org.
One thing we are NOT changing is the mission.  We will also never forget the curly-haired, sweet-voiced little girl whose strength and courage is the inspiration for what we do every day. (We still miss you, Charlotte!)
It’s an exciting and bittersweet time for us here at CJ’s Thumbs Up Foundation as we continue to move forward, or as Jonathan Agin signs off of daughter Alexis’, Caringbridge posts, “…we are one day further, yet one day closer…”
We are so thankful to all who are helping us make unbearable situations a little more bearable.
at Tuesday, June 19, 2012 No comments: