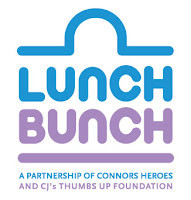 Visit www.pepicellis.com for information about Pepicelli's Pizza of Asland.
at Wednesday, August 29, 2012